Sushi was first made in the mountain villages of Southeast Asia in the 6th century. Salted fish was fermented for several months in rice. When the process was complete, the spoiled rice was discarded. However, the sushi fish kept well, which is why it came to be used as a preserve. Sushi did not arrive in Finland until so late that the original preparation method had had time to change drastically: nowadays sushi is made from fresh fish or shellfish and sushi rice seasoned with vinegar, salt and sugar. Other basic ingredients include ginger, wasabi, soy sauce and seaweed. The fact that there is no longer any need to throw away the rice after preparing the food is a promising step towards culinary and environmental sustainability. Sushi first found its way to a Finnish restaurant’s menu in Helsinki in 1986 when the first Japanese restaurant opened its doors. When celebrities discovered this dish, its popularity suddenly skyrocketed. These days, sushi is available around the country and is especially popular as a lunch option. Typical fillings include gravlax, prawns, avocado and cucumber. Furthermore, using smoked reindeer as a filling is becoming more common and adds a touch of Finnish flavour. Sushi comes in various forms, the most common ones being makizushi rolls wrapped in nori seaweed, and nigirizushi, which are rice balls moulded in the hand. When eating sushi, you should start with pieces that are milder in flavour. You should also avoid using too much soy sauce, because the sauce will drown out the flavours of the sushi itself. Do not worry if you struggle with chopsticks – you can also eat sushi with your hands.

There are times when you might not have the energy to cook, but that does not mean that you should make any compromises when it comes to quality and taste. Sushi is a culinary delight, and you can now have it delivered and enjoy it at home. In Espoo, this can be done by ordering your food through us. When ordering sushi in Espoo, you should check out the following restaurants:

Naturally, Espoo also has other restaurants, and if sushi is not what you have in mind today, our service also includes excellent burgers, pizza, Chinese and kebab places. We are confident that by having us deliver food to you, you will make your day more delicious.

How to order food with foodora?

It is easier than you would expect. When you enter your address in the search field, the service lists the restaurants that deliver food to your area. Select one and browse through its menu. Once you have decided what you would like to order, add the items into your shopping basket, not forgetting the drinks! After you have paid for your order, the restaurant begins to prepare your order, and in no time at all your doorbell will ring and the food will be there. Have a delicious day! 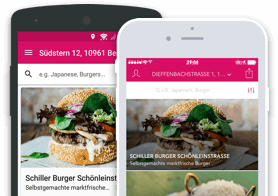